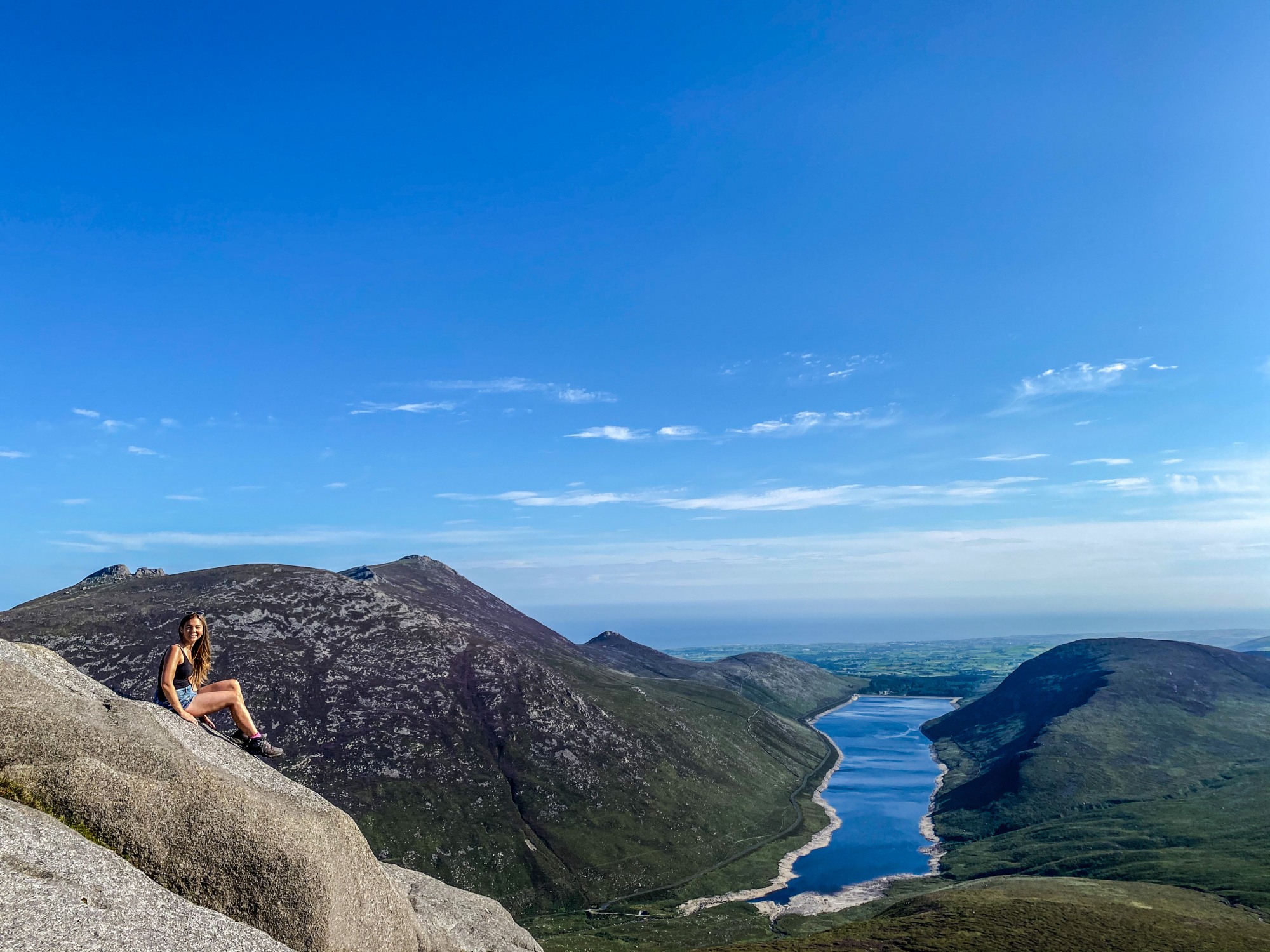 I’ve been harbouring a sort of secret for most of the year; I got an Inflammatory Bowel Disease diagnosis at the height of the pandemic. It wasn’t a surprise. Allow me to explain…

I bagged my first auto-immune disease the year I turned 30. A type of inflammatory arthritis – genetic as it turns out. It’s very well managed with my meds. Mind you, there was that one summer my toes swelled so badly I could only wear sliders to work for 4 months but that’s another story for another day!  After I had my third baby at 32, I knew something wasn’t right. I developed gastro problems almost straight way and they would come in waves. For weeks I was doubled over with pain and struggling to leave the house because I needed to be near the bathroom and sometimes I felt so normal, it was as if I had dreamed that ever happened. They suggested I had anxiety-related IBS and so that’s what I stuck to for 3 years. I lived the normal life of a woman with three young children.  I worked, we moved house, did day trips to farms and museums and holidayed in the sun, all the while keeping the extent of it a secret and carrying a change of clothes when things were really bad.

Was I in denial? Maybe… but maybe not. When health professionals are telling you it’s one thing you’re inclined to believe them – they’ve got the knowledge, the training, the experience and I’d seen several other specialists during that time. Well, on this occasion, they were wrong. By February 2020 I was back doubled over in pain and had quite the list of symptoms.  The symptoms of IBD are really unpleasant and very scary and at this stage, I ticked every box.  In the end my own GP came to my rescue.  I had tests and samples done.  The contents of one of the samples scared me so much that I couldn’t drive myself to the health centre to hand it in. I was exhausted from worry and so afraid.  Needless to say my inflammation levels were through the roof and I had no iron. It was no wonder I was floored. A tough couple of weeks and a day procedure later and it was confirmed as colitis. I still can’t believe I let things get so bad but we women are masters at prioritising everyone else around us and putting their needs before own and that was exactly what I did.

I started treatment and saw some small improvements within a few weeks.  I could sleep again and my energy was slowly coming back – enough that I felt like I had some get up and go. But of course, the lockdown was on and I was going nowhere! Through a bizarre set of coincidences (which of course I know were not coincidences at all) we’ve ended up living in a house with a really big garden. And so, I started to walk. To put one foot in front of the other, around the boundary. For 10 minutes. For 20 minutes. And eventually up to 5 Km. Who would have thought that such a simple act would bring so much peace and purpose? I saw the hedges bud, watched them grow every day until they filled in and you could no longer see the road.  I found holly, elderflower and blackberries in that hedgerow that incredibly, I never knew were there.  And as I walked, I prayed. For myself. For others. Sometimes I cried. Sometimes I put my earphones in and sang at the tops of my lungs as I walked.

We’d been dabbling in hiking since 2018, taking the children on some of the more accessible routes in the Mournes: The Granite Trail, Hares’s Gap, Rocky Mountain and some coastal cliff walks on the North Coast. When it was considered ‘safe’ to do so, that seemed to be the natural next step. We all had boots and waterproofs already and so off we went.  And I was HOOKED!  I bought a hiking book, an OS map, downloaded every app I could find and trawled Instagram for ideas.  When our summer holiday abroad was cancelled, we booked our caravan into a local forest and hiked every day. I just wanted to see and do ALL THE THINGS because I was so thankful that I was well enough again to do so!

There is no feeling like making it to the top of a mountain with your little family unit – the satisfaction, the sense of achievement and overcoming. Packing the bags the night before, agreeing the snacks, navigating the map together, naming the peaks as you go, getting cute photos – if it’s not on Insta, it didn’t happen right? I jest of course. But I guarantee you, you will never look back and think ‘man, I wish I had taken fewer photos’.  It’s fair to say I got some funny vibes about it all. People rolled their eyes, asked us if we were moving to County Down, why we set up the photos like we did, was I addicted to it, was I losing the plot? I’ve had times in my past where I have felt like I should tone down my personality because I thought people found me too OTT, too loud, too much.  Well no more.  If being addicted to spending so many hours outside in God’s beautiful creation and telling everyone you know about it is wrong, then I don’t want to be right!

I was well known among my friends for my love of a pyjama day. It wouldn’t have been unusual to turn up to our house at 3pm on a Saturday to find myself and the children in our jammies watching a movie and eating popcorn.  I look back with a mix of regret and amusement at that season we watched every Marvel movie in chronological order and I know there’s nothing really wrong with that but look at what I’ve been missing!  I’ve seen the seasons this year in a way I never have before.  Spring change to Summer and now to Autumn. Because I’ve had my eyes open for what feels like the first time. Our family relationships have improved from hours spent chatting, telling stories and encouraging each other – we speak to each other in a way we never would at home. My children are physically and mentally stronger from the exercise they otherwise wouldn’t have had. This has been my worst year ever health-wise but I can honestly say I have never felt as at peace or content in my own skin. There is nothing like being ‘in’ nature to help remind you of your place.  No matter what is happening in our own lives, the sun still rises and sets, the seasons come and go and time marches on.  We are here but for a short time and I intend to spend it well.

No, my colitis is not fully under control yet, I’m still seeing a consultant every 6 weeks and having my treatment plan changed every time.  Yes, some days I find it frustrating.  Some days I still have a wee cry. Some days I still carry a change of clothes. Am I going to let that take this away from me? Absolutely not!

You can follows Laura’s family adventures on Intagram at: dayoffdanders