Slemish Mountain can be seen from afar due its striking shape rising above the flat farmland which surrounds it. My 3 boys were delighted also to learn that it’s the core of an extinct volcano! Resounding ‘wows’ all round!

Slemish is also a place that is synonymous with Saint Patrick, who, according to local legend, spent his latter teens and early twenties herding sheep on its grassy slopes. Every Saint Patrick’s Day, marked on the 17th March, people gather to walk to the top of Slemish in pilgrimage because it was in this place of solitude that Saint Patrick spent many hours in prayer.

Slemish is the perfect hike for a Sunday afternoon, or anytime you’re a little short on time. At just 1500 feet, it doesn’t take more than an hour to summit, but is steep enough in places to be considered a decent challenge. 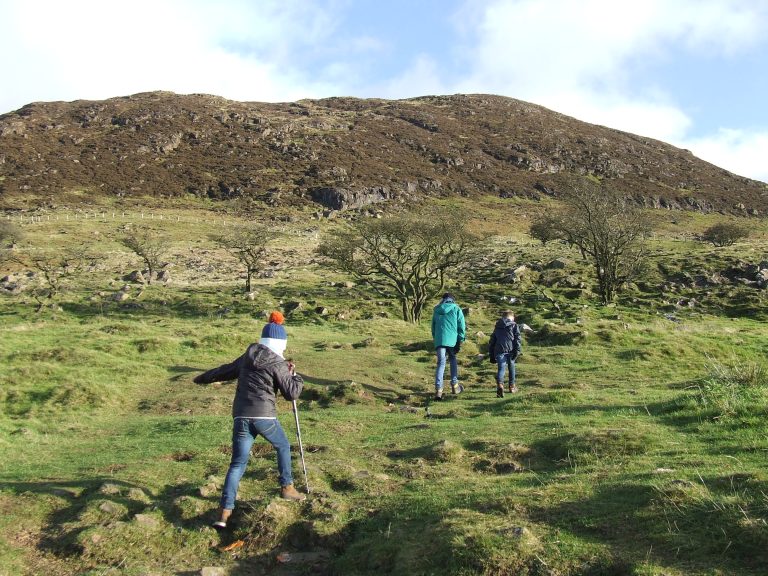 After a well-earned lazy morning during a busy exam season for us as a family we headed off in the direction of Ballymena with a picnic lunch in our rucksack and from Ballymena, travelled to Broughshane, from where we followed the brown tourist information signs to the car park at the base of Slemish.

The day was mild and the sun on our side so we parked up and followed the trail which starts just behind the little tourist information hut. The first section is a short walk through the sheep fields, a part of the walk I really love, as the lush green grass and ‘fairy’ trees welcome us like long-lost friends.

After spending some time hugging the trees – yeah, I know, I know, hippie dippy, but hey, it makes us happy and trees are super-awesome and super-important, so why not take some time to appreciate them and enjoy being in their presence?

Once through the gate, there are visible trails to follow up to the summit of Slemish. There are several options to choose from meaning you can complete a circular route if you don’t want to retrace your steps. There are lots of places along the walk up to pause and take stock of the beautiful surrounding farmland, which stretches across to Lough Neagh and the Sperrin Mountains. It is easy to pick out the distinctive shape of Cave Hill in Belfast in another direction, and once on top, on a clear day you can see around the Causeway Coast and out across the sea to Scotland – not bad!

If it’s not blowing a gale the flat top is the ideal spot to stop for lunch and a warm-up cuppa before begin the descent, either by taking the same path that you came up or picking up the trail on the other side of the mountain. 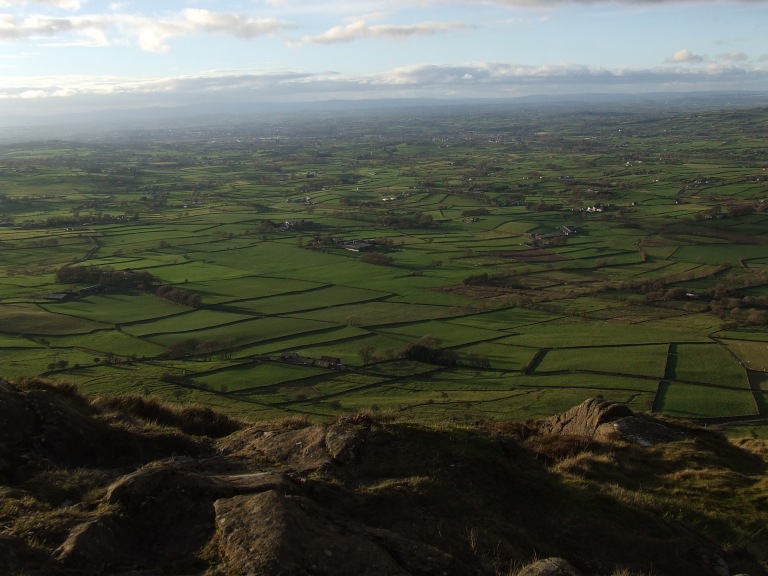 The descent can be tricky enough, especially at this time of year when the ground is much wetter – I don’t think one of our party of 5 avoided a muddy backside! All part of the fun though! As usual, Mum and Dad were left behind as the 3 boys dashed on ahead, climbing boulders and figuring out which part of the trail to follow. When we finally caught up to them, 2 were sitting on the gate and one was trying to herd the sheep into a corner so that we could pass safely – how thoughtful! Those sheep are notoriously dangerous after all! 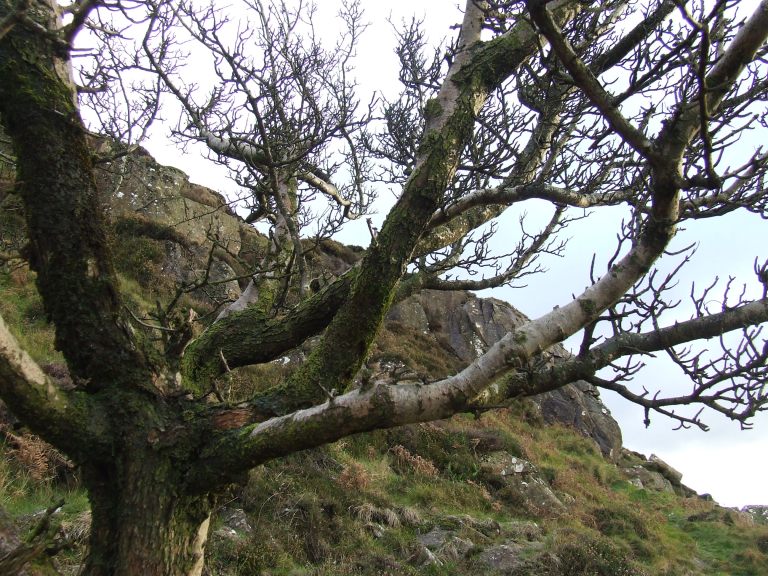