TAKING ON TWO SUMMITS IN 1 DAY…

We had such a great day in the mountains last Sunday. We travelled down from Belfast early in the morning to make the most of the daylight hours and with the intention of climbing Slieve Meelmore. We ended up climbing her adjoining neighbour too because the conditions were so favourable, despite us now being into November. 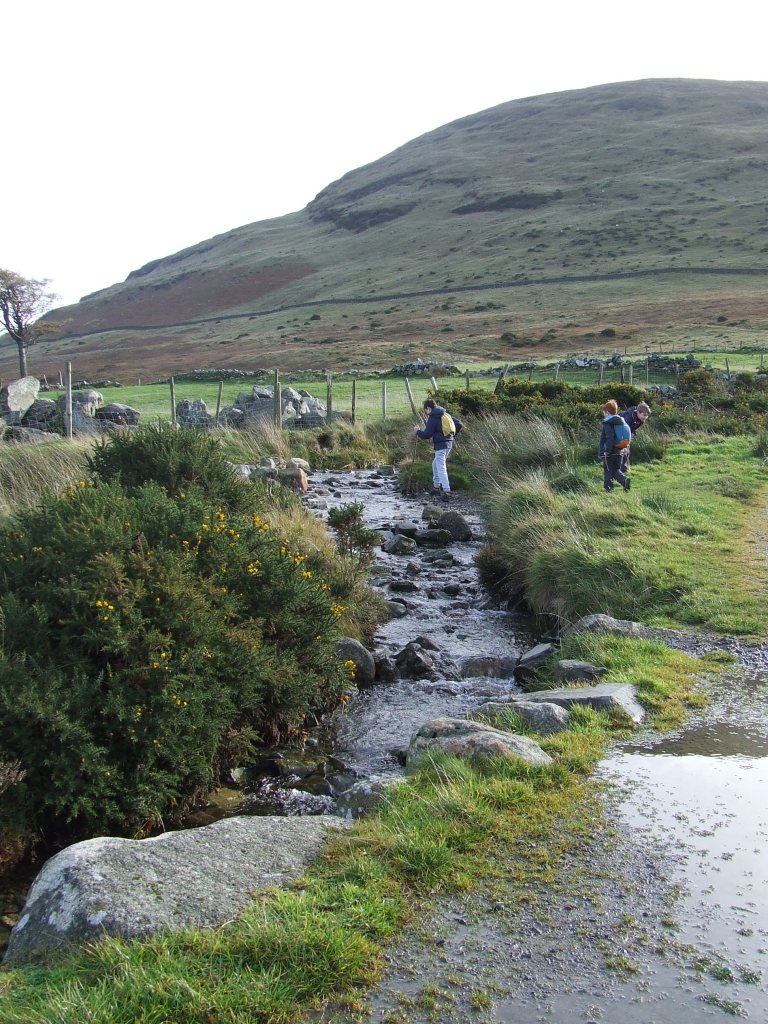 We parked at the small car park on Trassey Road, not far from Meelmore Lodge. There were no other cars in the car park, so we were super excited, knowing we would be having the mountainside all to ourselves for a little while! Boot laces tied, coats zipped and hats pulled snuggly into place to fend off the headwind, we set off up alongside the stream and crossed over the two stiles which led us onto the side of Meelmore. We have traversed around the base of this mountain many times, following the Mourne Way to Fofanny Reservoir and to hike other mountains, but we had never actually climbed Meelmore for some reason. Steeper than we anticipated, we were all soon chit-chatting with excitement when we realized it was going to be a really good challenge. We could see about halfway up that there were some rocky patches of ground to deal with and the 3 boys set off at an eager pace, keen to do some rock-climbing.

My husband, Trevor, and I were carrying the bulk of the weight, with a rucksack each filled with lunch, snacks, first aid kit, spare hats and socks, so we paced ourselves, watching as the boys ran ahead. It was plain to see, that despite the early start, that already they were warmed-up and were having fun. 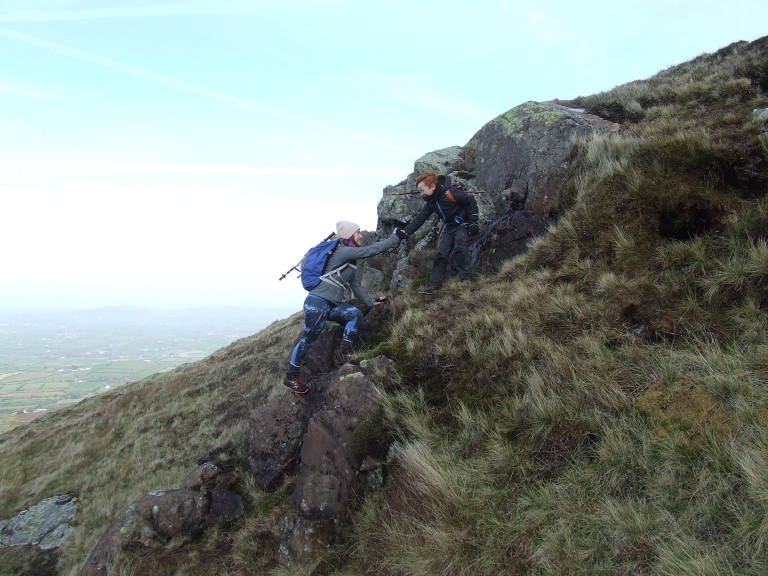 We soon reached the rockier ground, all of us puffing and panting from the exertion and ready for a snack and a refreshing drink. We turned around to survey the way we had travelled, overlooking rich green countryside. Once, refreshed, my youngest son asked me if I wanted to go ‘climb’ with him. This boy of ours, our wild-at-heart fiery redhead is full-on in love with life. When he grows up he says he wants to be a ‘mountain rescue man’ and he loves nothing more than being on the mountains, getting dirty, pushing his limits and being the leader of our trekking pack. When he invited me to join him on the rocks, I hesitated, not at all good with heights or slippery surfaces. I admit I was a little scared, for me and for him. But, I smiled and agreed, allowing my fear to propel me rather than keep me back. I watched-on as he found little nooks and crannies to grip onto or find a foothold in, marvelling at his speed and accuracy. I tried to copy, albeit at a much slower rate! Soon I got into my groove and every now and then I would look up, see a little smiling face and an outstretched hand offering support and a heave-up! Risk-taking is an important part of child-development and life in general I believe and despite and initial waver I am so glad I allowed my son to lead me out of my comfort zone. 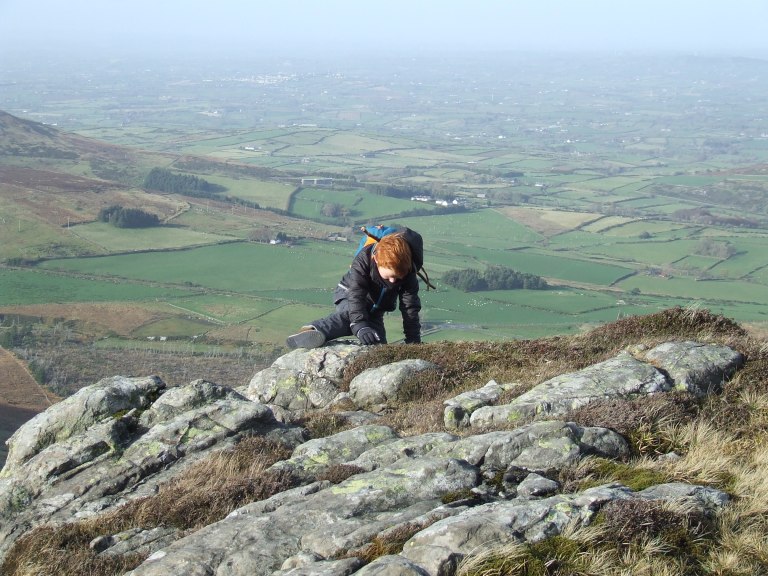 Once safely across the scary land of slippery rocks, we weren’t too far from the summit. We followed the trail around Meelmore until we were overlooking the Trassey Track. It was the ideal stop-off point for hot chocolate and some walking-stick whittling! Unbelievably, the temperature was so mild and the wind was much gentler around this side of the mountain than at the beginning so we rested and chatted, catching our breaths before the final ascent to the top. 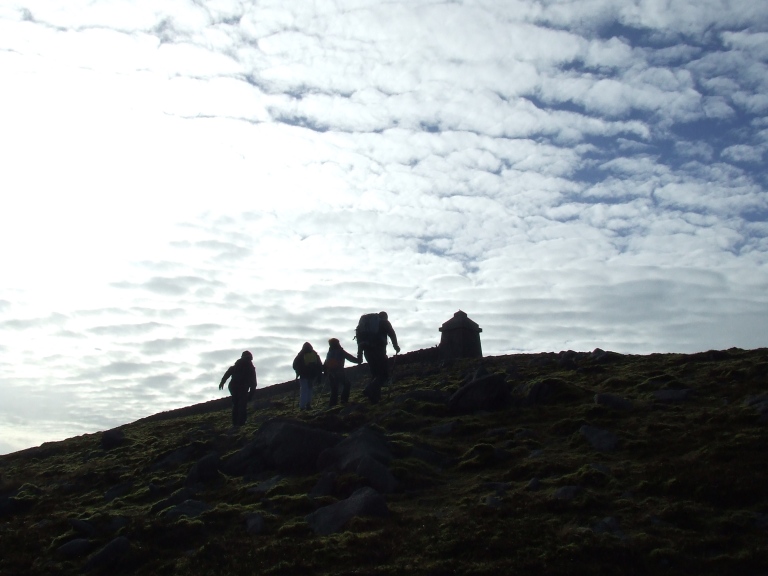 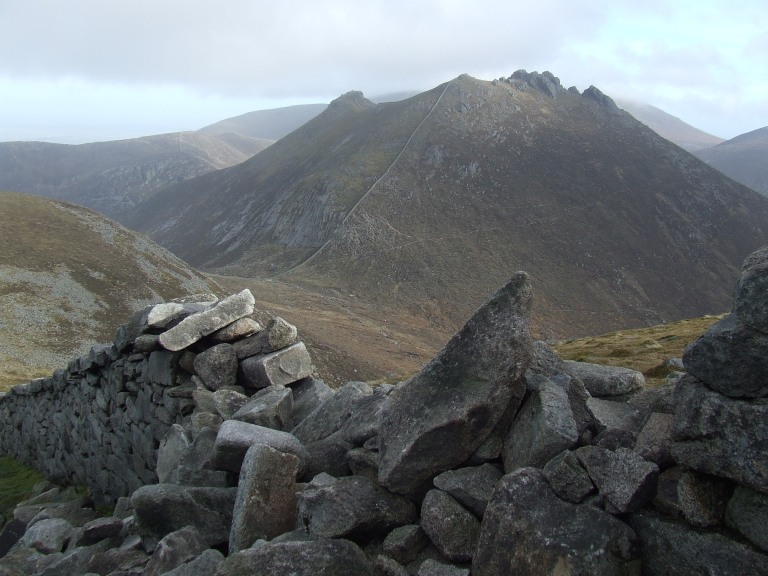 A final climb led us to the summit, where we were greeted with the most spectacular views. Slieve Bearnagh, my personal favourite mountain in the Mourne range, was looking majestic in the early afternoon sunlight and it was fantastic to see her from a whole new perspective.

We set up picnic against the Mourne Wall, the ideal spot for a lunch with a view. We enjoyed the stillness and silence, said hello to a few passing hikers and their pet dogs, before we headed onwards, having by then decided to keeping going and climb Slieve Meelbeg also. 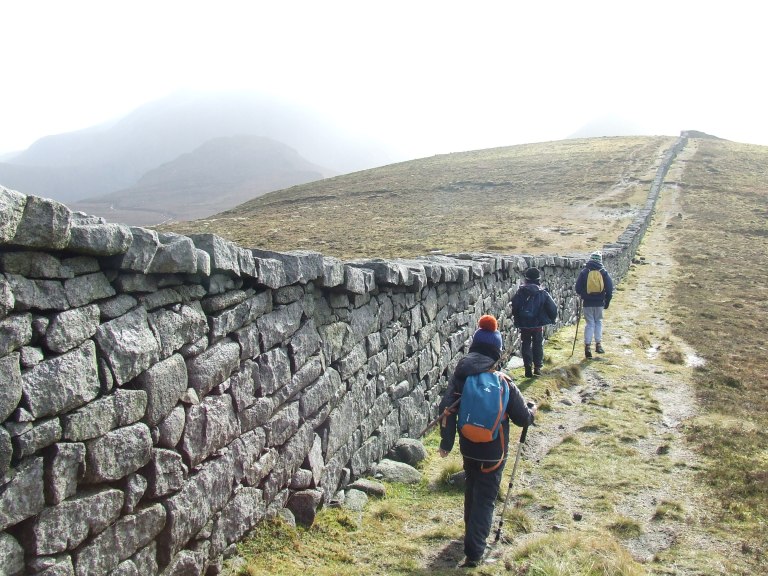 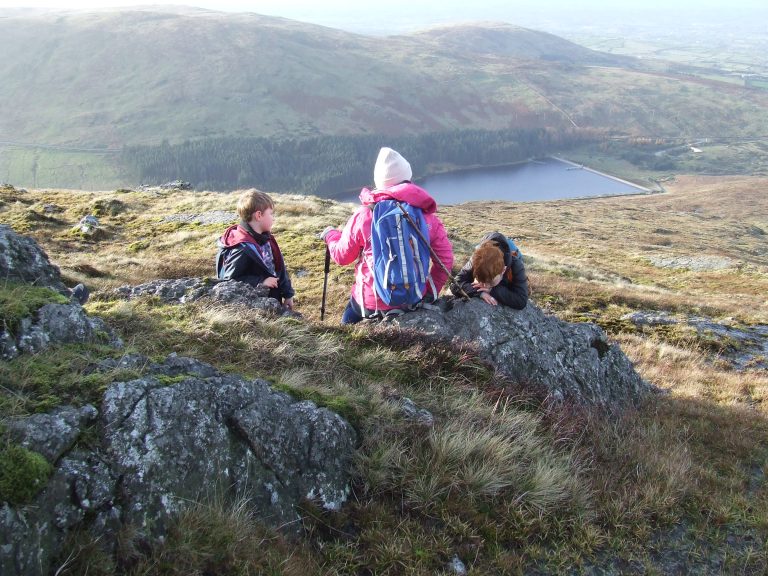 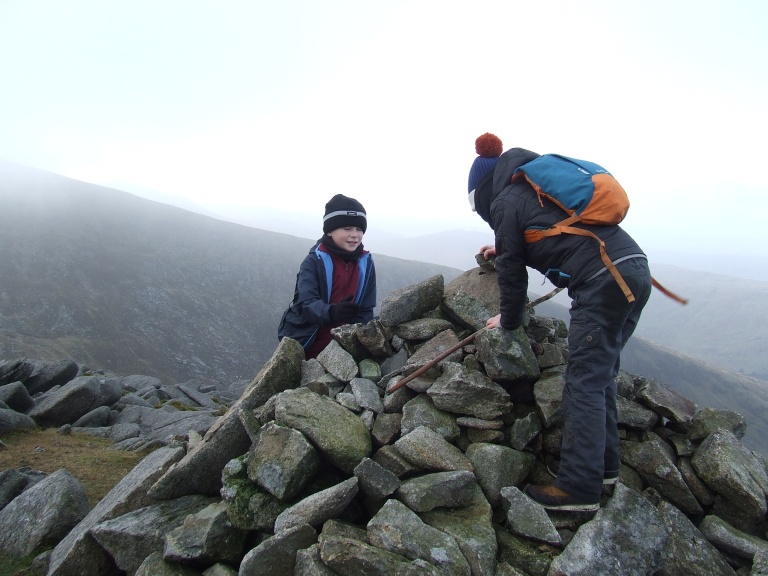 We descended Meelmore alongside the Mourne Wall, an impressive structure which stretches 22-miles and passes over 15 mountains. We kept to the wall for the climb to the top of Meelbeg, where once again we were met with incredible views towards Slieve Doan and Lough Shannagh. It doesn’t get any better than that! The top of Meelbeg is a lovely place to stop and let the kids run around and explore, a wide and fairly flat expanse means they can run about and play until their hearts are content. In the case of our 3 crazies, pretending to hit stones with a stick and knock each other out! Meanwhile, Mum and Dad can lift off their rucksacks for a few minutes and enjoy a cup of coffee!

I was reluctant to begin the descent, each step downwards leading me towards Monday morning and a busy week! I preferred to stay here in the wilderness of the Mournes where troubles are forgotten, study and exams a million miles away! Our middle son commences his transfer exams this week and I just wanted him to savour the freedom of childhood and time outdoors a little longer. There’s so much pressure on kids to perform and as much as I like to encourage my 3 sons to try their best at everything they turn their hands to, I also believe that character, kindness of spirit, compassion, determination and resilience are things that cannot be given a score on paper. These traits that make us who we are, carry as much, if not more, value than any test result ever will. That’s why we like to get outdoors and explore so much! My husband and I wholeheartedly believe that time spent in nature is character-building and that it nurtures us in so many beneficial ways.

By now the light was beginning to fade. We walked slowly down the trail, now close to Fofanny Reservoir, tired from the hours spent walking but at the same time completely relaxed and contented. Over the stile and we were back to the car park, all muddied to the eyeballs but with rosy cheeks and a sparkle in our eyes! 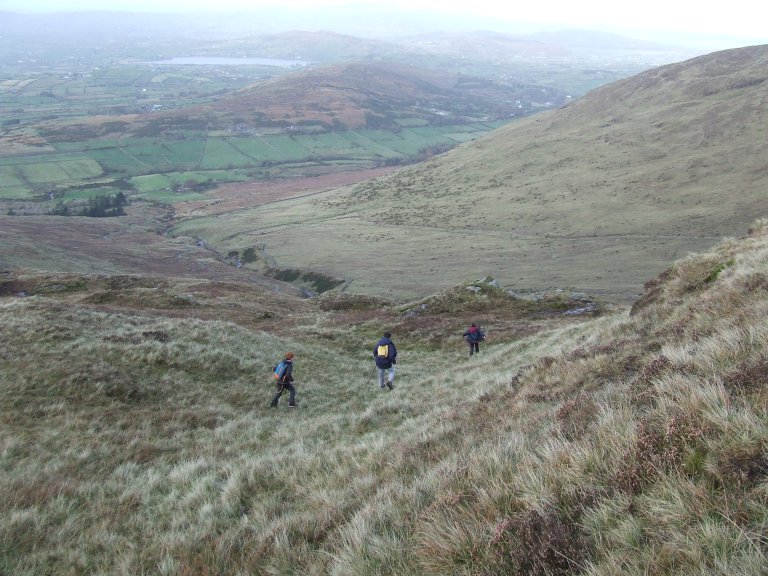