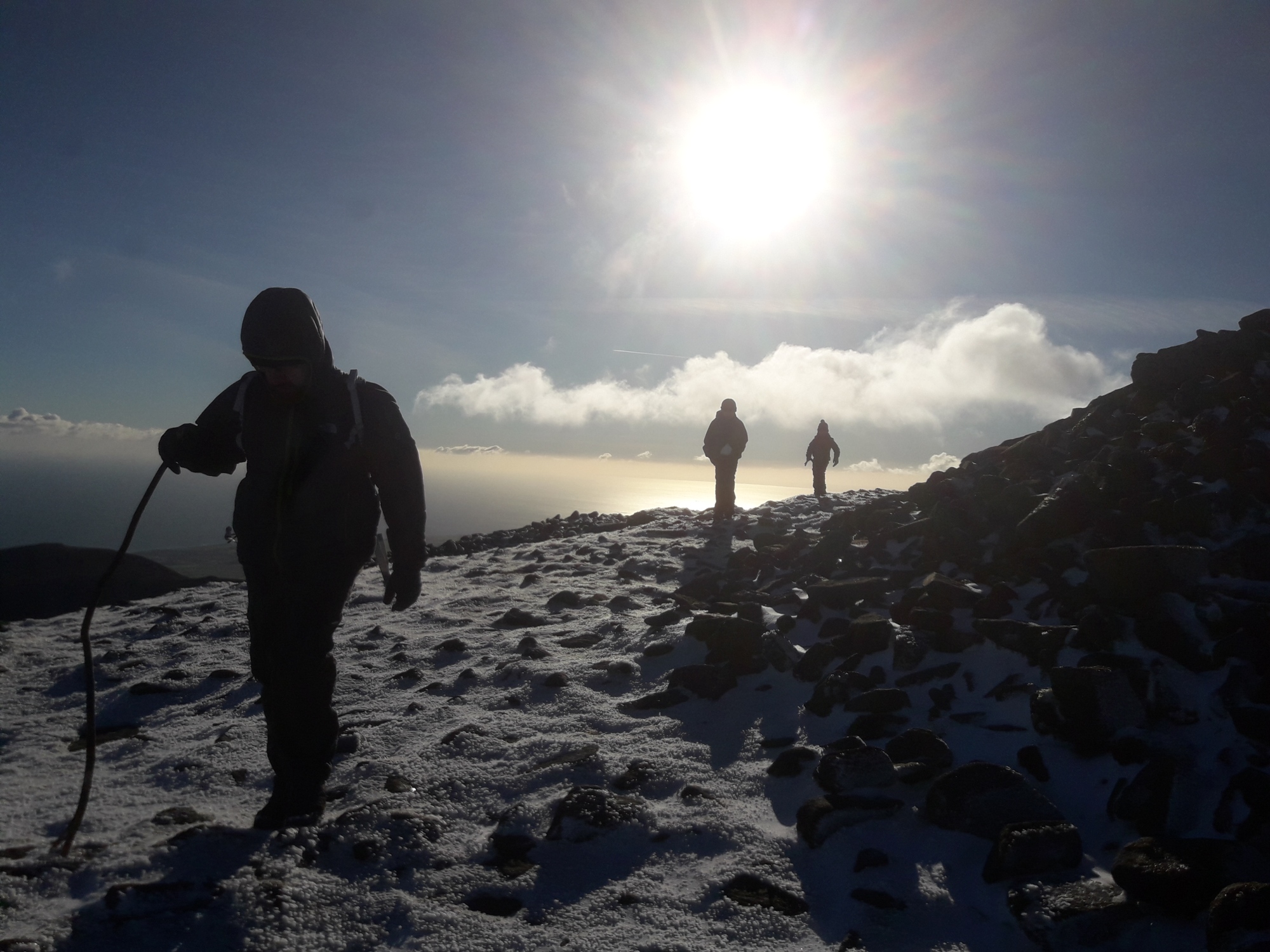 “We are now in the mountains and they are in us, kindling enthusiasm, making every nerve quiver, filling every pore and cell of us.” – John Muir 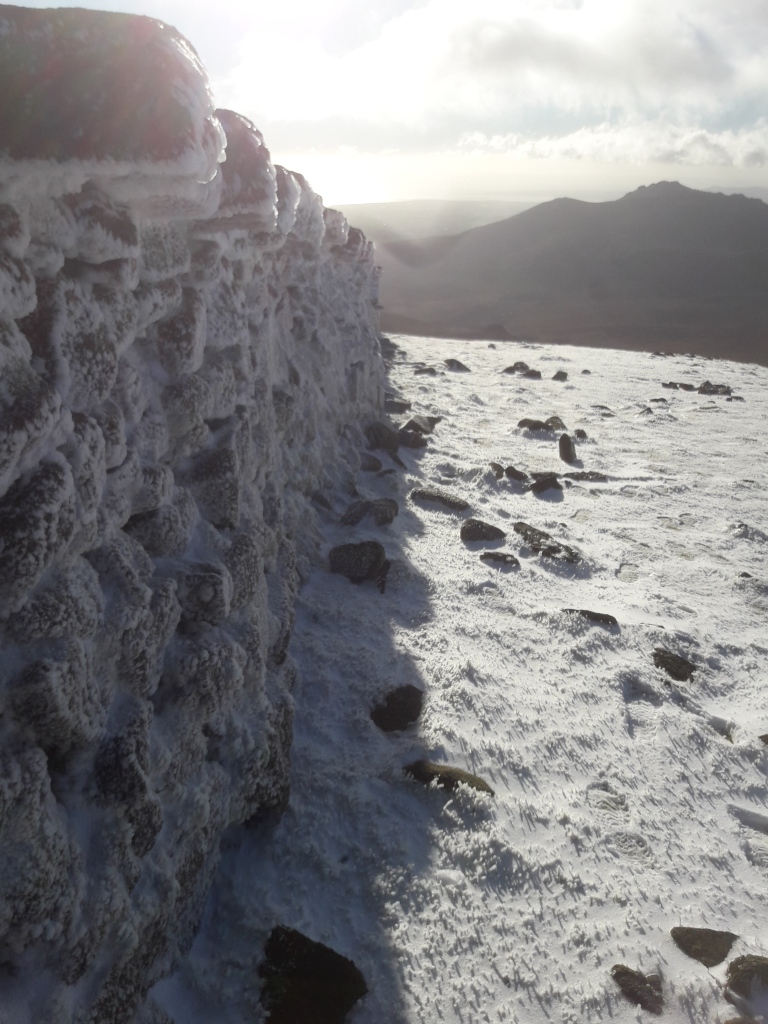 When the alarm started beeping first thing this morning it was cold and dark outside. I groaned and rolled over in my warm bed. Sunday is our only day of the week for a potential lie-in and I was tired. My husband and 3 boys were tired too and reluctant to get up. I felt the mountains beckon us though. We hadn’t been down to the Mournes for a while and I was missing their vastness and their ability to revitalise me despite the effort it would require to scale Slieve Donard, the tallest mountain in the Mourne range when my body was so weary. I rolled out of bed, telling myself it would most definitely be worth it.

We had a quick breakfast. got dressed and bundled into the car, still sleepy but excited for a day of family adventure and time together in one of our favourite places. We left behind a week’s worth of work and school stresses and set out with a positive mindset for a day of  exploring in the wilderness of the Mournes.

Upon arrival in Newcastle, County Down it soon became evident that there had been some overnight snow in the mountains because as we pulled into the car park, the white peaks of Donard and Commedagh twinkled in the early morning sunlight. Suddenly, the boys were very eager to get going. Kids just love snow and the possibility of a snowy battle don’t they?!

So, we set off up through the forest trail that runs alongside the River Shimna, a carpet of Autumn leaves crunching underfoot and the rushing sound of the river making for a peaceful introduction to the hike.

Slieve Donard, although the highest mountain in Northern Ireland, is very accessible and I would recommend it if anyone is considering getting out hiking, especially if you’re taking along little ones. The route follows a trail, and although challenging in some places, it isn’t the most difficult walk in the  Mournes in my opinion.

As we emerged from the forest, the few clouds that had been dotted in the sky began to clear and we enjoyed a bright blue sky for most of our walk to the wall where we stopped for lunch. There was a strong breeze blowing though (it is November!) so we couldn’t stop for too long as little fingers and toes were beginning to get a little icy and the mountaintop covered in snow was a huge draw for 3 boys eager to have a snowball fight like no other!

We trudged onwards, our bodies heating up once again, keeping alongside the Mourne Wall to avoid being blown over. The snow deepened the higher we got and the 3 boys couldn’t resist rolling snowballs to throw at one another and anyone else that happened to get in the line of fire as we walked. 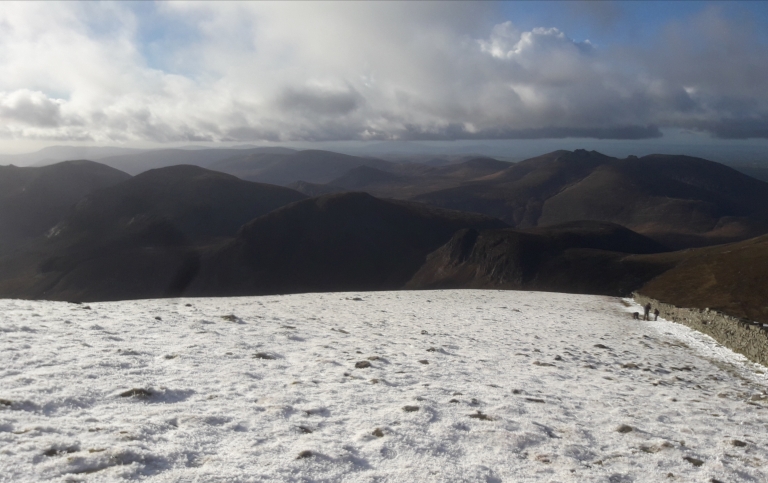 Once at the summit, the views were truly spectacular! I don’t think I’ve ever seen it so clear, even during the summer months. We spent time admiring the panorama and the boys finally got to have a proper snowball fight which continued until their fingers were too numb with the cold to continue. A hot drink and some chocolate (energy for the descent!) fuelled us up for our return journey.

While the hike up had been strenuous enough in places, the walk down was so slippery and the boys took great pleasure in keeping a tally of the number of times they fell in the snow. Once back on the trail beyond the wall, we were blasted with strong winds. We buried our heads in our scarves and marched on briskly to keep warm.

The chat was good along the way. I spent time chatting with the 2 older boys about movies and it was really funny listening to them quoting pieces from their favourite movies. The Hulk’s butt was mentioned on several occasions!

We were back on the forest trail before we knew it and the sun was already setting behind us. With the limited daylight hours we now have at this time of year you really do need to get up and at it early to make the most of it. We had been hiking since 10.30am and it was 4pm and the sky was getting dark as we arrived back at the car.

We offloaded our rucksacks and headed for a local pub where a roaring fire and a drink were the perfect end to a magical day.